Approximately 1.2 million American citizens and 38.4 million people worldwide live with human immunodeficiency virus (HIV), underscoring the importance of raising awareness about this epidemic, encouraging others to get tested, and fighting the misinformation about this condition that persists today. Stigmas surrounding HIV create barriers to accessing health services, educating others about the virus, and addressing prevention techniques. They also lead to inaccuracies about how the virus spreads and affects the daily lives of those with HIV. When left untreated, HIV can lead to acquired immune deficiency syndrome (AIDS), the late stage of an HIV infection when the body’s immune system is damaged and the patient is susceptible to opportunistic diseases.

In recognition of World AIDS Day, Rodman Turpin, assistant professor in the Department of Global and Community Health, provides insight into common HIV myths to combat the stigmas surrounding the illness. Turpin is available for further comment.

With proper medication management, people who are HIV-positive can live long, healthy lives without developing AIDS. Without medication, HIV weakens the immune system, making people who are HIV-positive more vulnerable to opportunistic infections. AIDS develops when HIV is left untreated, so it is important to test regularly and seek treatment with a trusted medical provider.

Myth: You can catch HIV just from being around someone who is positive

Myth: People who are HIV-positive will always be contagious

After approximately six months of taking antiretroviral therapy as prescribed, the virus can become undetectable through a blood test. A person is considered “durably undetectable” when their blood tests do not detect HIV for six months. At that point, there is effectively no risk of transmitting the virus to sexual partners. This is only possible through continued treatment, as stopping medication will allow the virus to multiply in the blood and be susceptible to transmission. Drug resistance can occur when stopping and restarting treatment, which would make the medication ineffective.

Those who are undetectable have a higher chance of not transmitting the virus to sexual partners or from sharing needles, syringes, or other injection tools. Being undetectable also helps prevent mother-to-child transmission.

Myth: There is no medication to prevent HIV 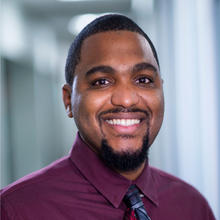 For media inquiries about Mason’s faculty experts in HIV and STI research and prevention, contact Michelle Thompson at 703-993-3485 or mthomp7@gmu.edu.

George Mason University, Virginia’s largest public research university, enrolls 39,000 students from 130 countries and all 50 states. Located near Washington, D.C., Mason has grown rapidly over the last half-century and is recognized for its innovation and entrepreneurship, remarkable diversity, and commitment to accessibility. In 2022, Mason celebrates 50 years as an independent institution. Learn more at http://www.gmu.edu.

About the College of Public Health at George Mason University

The College of Public Health at George Mason University is the first and only College of Public Health in Virginia, combining public health transdisciplinary research, education, and practice in the Commonwealth as a national exemplar. The College enrolls more than 1,900 undergraduate and 1,300 graduate students in our nationally recognized programs, including six undergraduate degrees, eight master’s degrees, five doctoral degrees, and six professional certificate programs. The College is comprised of the School of Nursing and the Departments of Global and Community Health, Health Administration and Policy, Nutrition and Food Studies, and Social Work.