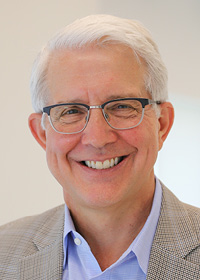 Dr. Robert M. Weiler holds a Bachelor’s of Arts degree in health and safety education from Marshall University, a Master of Public Health, in community health education from the University of Tennessee, and a Doctor of Philosophy in education with a specialization in school health education from Southern Illinois University at Carbondale. From 1984-1987, he served as the school health coordinator for Cumberland County Schools, the third largest school district in North Carolina (Fayetteville), and from 1991-1993, he was appointed visiting assistant professor of Human Services at George Mason University. In 1993, Dr. Weiler joined the faculty in the Department of Health Education & Behavior at the University of Florida. From 2003 to 2007, he served as the chair of the department and from 2012 – 2014 served as director of graduate programs. In 2014, Dr. Weiler was appointed professor with tenure and chair of the Department of Global and Community Health at George Mason University where he also serves as the Director of Public Health Institute. In 2019, Dr. Weiler was appointed Associate Dean for Academic Affairs, College of Health and Human Services at George Mason University.

Dr. Weiler’s research interests include needs assessment, survey research, program evaluation, school health policies and programs, adolescent health risk behaviors, and substance abuse prevention with emphasis on the nonmedical use of prescription drugs among adolescents and young adults. Dr. Weiler’s research has explored Florida’s school violence policies and programs and the role of school health instruction in preventing violence. He served as co-investigator for the first published study that confirmed the feasibility of collecting health risk behavior data using a web-delivered survey. A specialist in applied evaluation, he his regularly asked to conduct youth health behavior assessments for local school districts, providing them with a comprehensive overview of adolescent behaviors with recommendations for planning school health policies and health promotion programs.

Dr. Weiler has authored or co-authored more than 65 refereed articles and scientific papers in professional journals including Addiction Biology, Addictive Behaviors, Alcoholism: Clinical and Experimental Research, Annals of Behavior Medicine, Health Education & Behavior, Journal of Adolescent Health, Journal of School Health, Journal of Studies on Alcohol and Drugs, Public Health Reports, and Preventive Medicine. Moreover, he has presented more than 100 papers at national and international scientific meetings and conferences. He has served has co-investigator/evaluator on four NIH grants, and principal investigator on 13 state and private contracts, totaling more than $5.9 million.

Morris MM†, Weiler RM, Haddox JD. (2009) Development and Reliability of Items Measuring the Nonmedical Use of Prescription Drugs for the Youth Behavior Survey: Results From an Initial Pilot Test. Journal of School Health, 79(11), 554-560.

Weiler, R.M. (1992). The congruence of adolescent health concerns as expressed by adolescents, their teachers, and their parents. Journal of Health Education, 23(6), 381-382.